League of Legends is by far the most popular MOBA game in the world, having a player base of more than 100 million and a dozen different professional leagues.

The 2022 world championship, called Worlds 2022, had almost 1 million average viewers and its Grand Final was watched by more than 5 million people.

So it’s not a big surprise that the game constantly attracts new players, who want to experience an excellent Multiplayer Online Battle Arena.

If you’re relatively new to LoL, you might want to learn a bit more about LoL ranks and how you can climb the ladder faster. This guide will tell you everything you need to know. 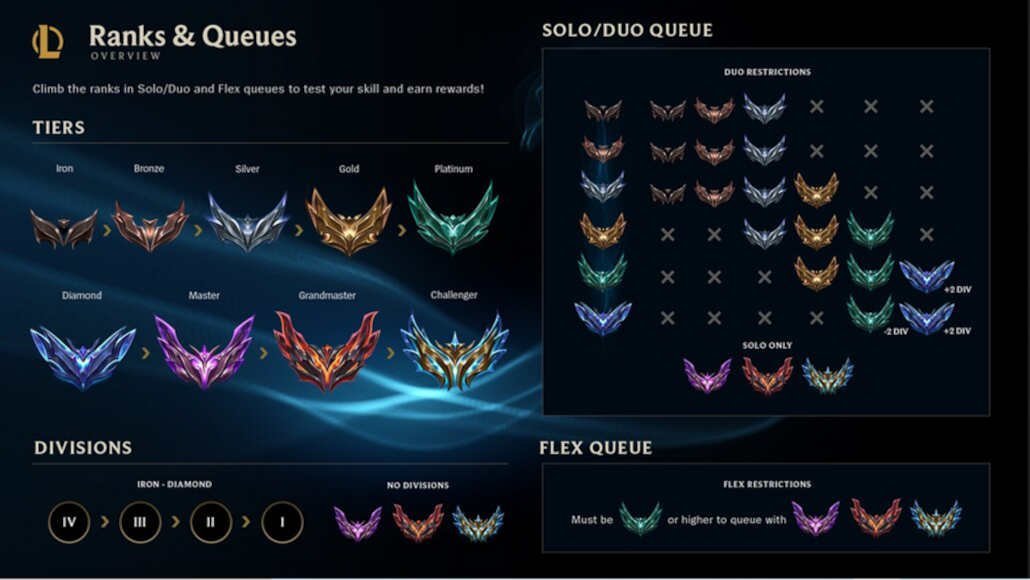 League of Legends ranks are a way of keeping track of everyone’s level of skill. Higher-ranked players are higher ranked because they have a lot more experience and a lot more skill than most.

There are nine LoL ranks in total and six of them are further divided into subranks such as Gold I, Gold II, and so on. These rank divisions are listed below:

The percentage of players in every LoL division and subdivision is quite small. The most populated divisions are Silver IV and Gold IV. Almost a quarter of all League of Legends players compete in them.

But the majority of divisions are much smaller. Obviously, above the Platinum level, the higher you climb, the fewer people you will meet.

Most of the pro players compete in the Challenger division. Only one in 10,000 LoL players belongs to this division. This is a very exclusive club and you will need years to reach that level, even if you play full-time. And that’s because League of Legends is a highly sophisticated game.

If you want to speed up your progress, you will need to train using a set of principles that maximize your efficiency. You’ll discover them in a few minutes.

Here’s how many players compete in each LoL rank division: 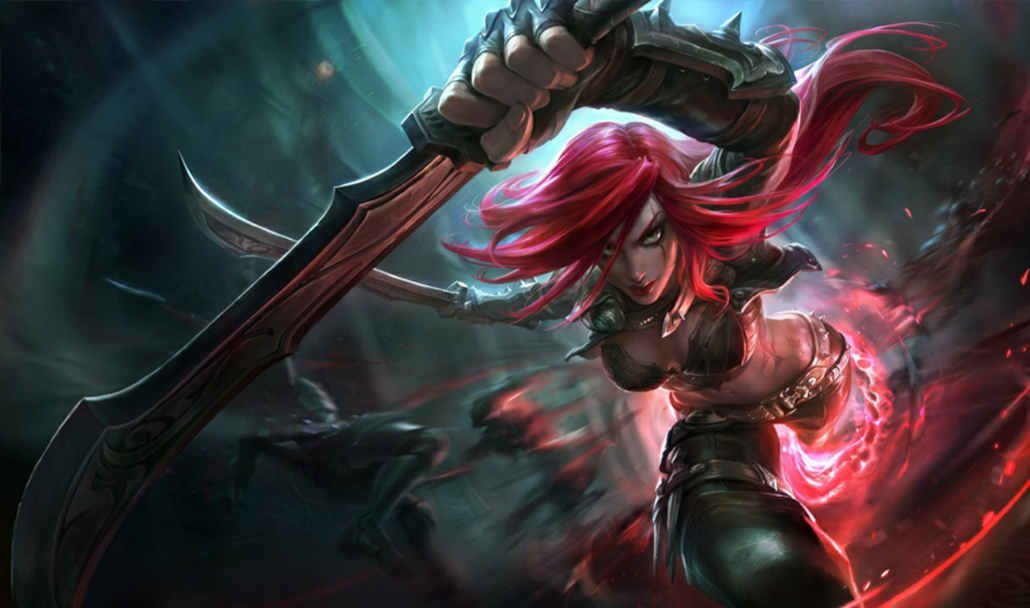 In most divisions, you won’t have to wait very long to find a game because numerous other players are searching for one as well. But in the top divisions, the situation gets a bit tricky and you’ll likely need to adapt to the overall schedule of your region.

If the players in your region do not play between 2 AM and 10 AM, there’s no point in queuing for a match during those hours. You can do it, but you’ll need to wait many minutes to find a match.

Elo, League Points, and How to Rank Up in LoL

League Ranks are a reflection of Elo and League Points. These are visible numbers that show you how many rank points you currently have.

When you win a match, you gain a certain number of Elo points, which is calculated based on every other player’s rank. If you lose a match, you lose Elo in the same way.

When the matchmaking system regards your team as the favorite, you gain fewer points for a win and lose more points in case of a loss. But if your team is the underdog, you can gain a lot of points for a victory and you won’t lose that many if you fail.

The system always seeks to create matches that are relatively fair, in the sense that the skill difference between the players is small. If you play in the Gold division, you won’t be asked to play against someone from the Master division.

The more Elo you gain, the higher you climb on the LoL ranks ladder. Thanks to the way in which the system works, you won’t need to win that many games to reach a high rank.

But the likelihood of winning a lot of consecutive games is extremely low, which is why you often see players competing at the same rank for weeks, months, or even years.

To win a higher percentage of games, you need to become a better player. Games are won through tactics and strategy. And you simply cannot have a better strategy than your opponent if you don’t have a deeper understanding of the game. 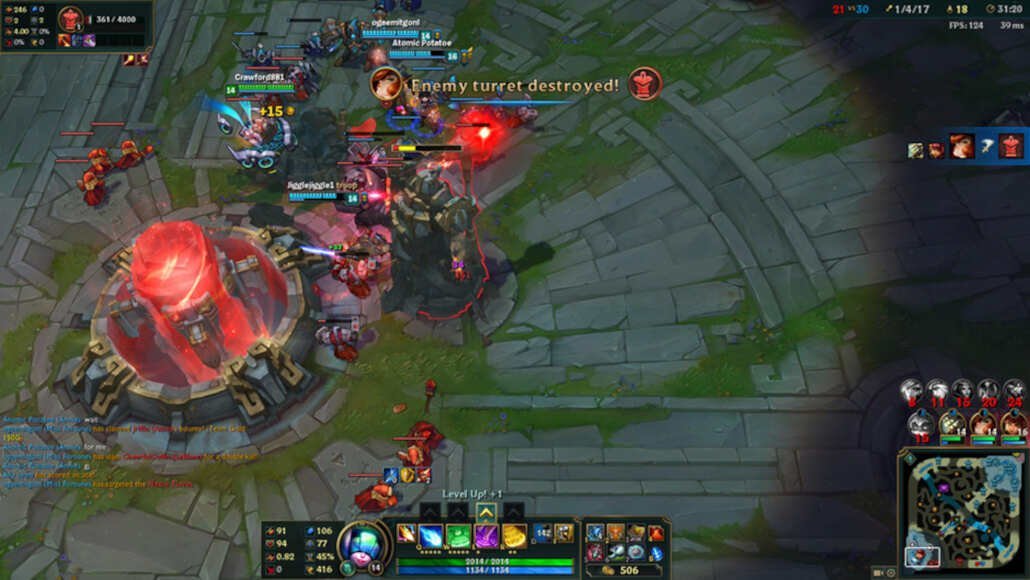 League Points are used to show you how you stand within your division. There are a total of 100 League Points in your current division and your promotion or demotion depends upon them.

One interesting aspect of the League of Legends ranking system is that in order to advance to the next rank, you need to win a promotion series.

This is a best-of-five series in which you need to win at least three games. The same mechanism is used when you get relegated to a lower division.

The system wants to make sure that you deserve your promotions and will only promote you if you can prove that your skill level is genuinely higher than that of the other competitors in your division.

Likewise, you won’t get demoted just because you lost some games. Before you drop to a lower division, you need to lose multiple matches without winning too many of them in compensation.

This is a very different philosophy compared to other MOBA games, such as Dota 2. In Dota, the process of gaining or losing rank points is linear. When you’ve reached a certain number, you get promoted and your new medal reflects the fact that you’ve achieved a new rank. There are no promotion matches.

In League of Legends, your rank gets reset at the end of every season. However, you will not be asked to rebuild it from scratch because there is a different rank indicator, called MMR or Matchmaking Rating.

The MMR will determine your starting point for the next season. This indicator is hidden but there are ways of finding it by using a calculator. 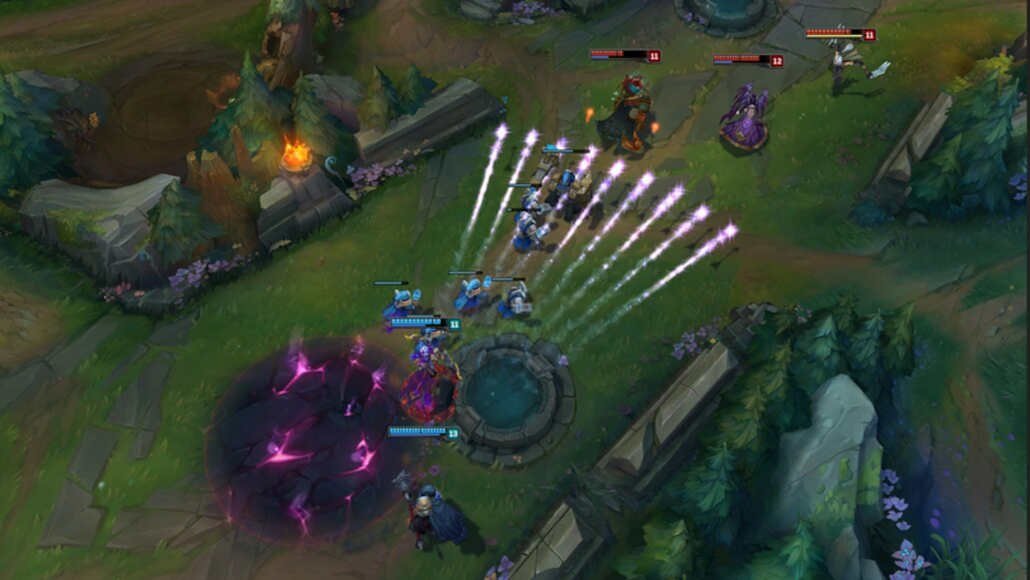 How to Climb the Lol Ranks Ladder

One of the great features of League of Legends is that you get to choose your position when you queue for a game. So by the time the game starts, you already know what role you’re going to play and there’s no room for discussion.

This is liberating because it allows you to specialize very easily from the moment you start playing ranked matches. By the time you’ve reached the highest LoL rank (Challenger), you’re already an expert at a particular role.

This makes perfect sense if you think about it. In traditional sports like football or basketball, players start to specialize from an early age.

This gives them the possibility to dedicate more time to mastering specific elements of their sport without having to worry about the rest.

In LoL, the great challenge you are faced with is the sheer number of champions and items that are available.

There are around 160 champions to choose from and hundreds of items that you can buy.

Given that you need to play at least each champion at least a few hundred times to reach mastery, the task of mastering the entire game is almost impossible. So what do you do? You simply choose a role and then master 5-10 champions.

By the time you’ve accumulated a few thousand hours of experience, you are competent at that role and can focus on more sophisticated aspects of the game, such as strategy, tactics, timings, and so on.

How to Master Each Champion

One thing that you can do to master a champion in LoL is to spam that champion. Don’t just pick him when it’s convenient. Pick him every game, until you’ve learned his strengths and weaknesses. 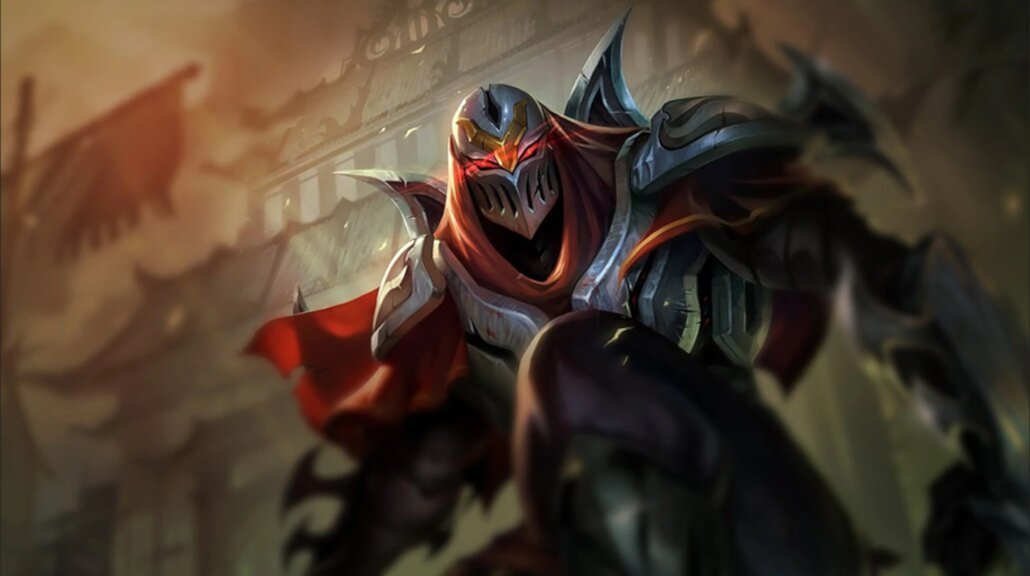 When you play the same champion match after match, you can notice patterns more easily. You can also take notes and improve one thing at a time. Make sure that you always watch the replay after the game and see what your key timings were.

Take note of your opponents’ timings and ask yourself: at what minute should I have finished my first big item to be effective? In MOBA games, the challenge is always to stay ahead of the curve.

It doesn’t help to have your first item five minutes after the enemy team. Your strength is always relative to the strength of the opponent.

When you choose your champions, make sure you are not choosing the most difficult ones at first. Picking a champion like Zed and then wondering why you keep losing is a bad idea.

If you’re a beginner, you should learn the easiest champions and then gradually start learning the complex ones.

The best way to master a champion is to take a look at how the best players in the world use him. If you want to become a Yasuo player, watch someone who’s played 1000 Yasuo games.

There are plenty of educational videos on YouTube and you can learn everything you need to know about each champion, from combos to item builds. 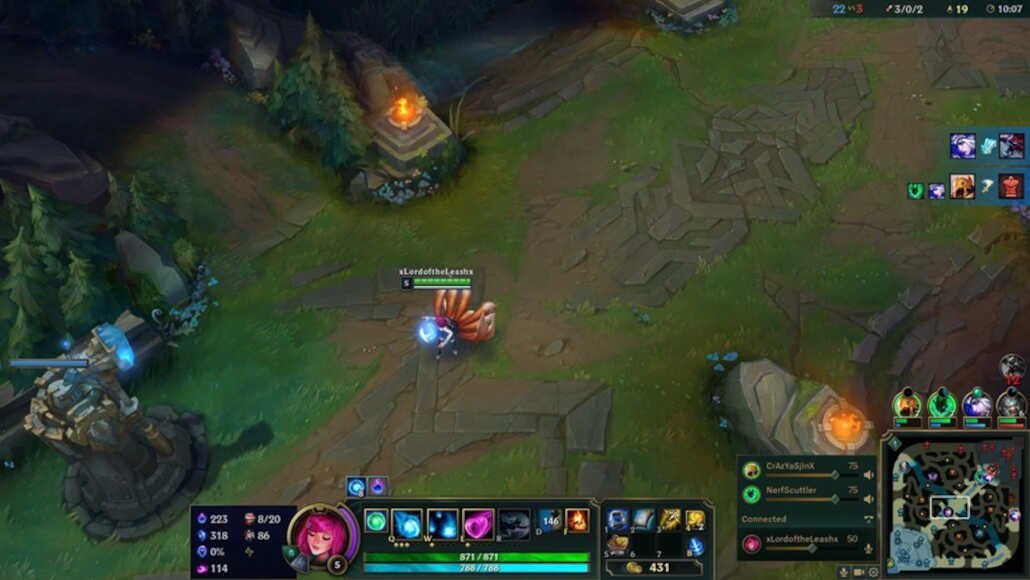 A huge part of climbing the ladder in League of Legends has to do with your attitude. If you are easily angered by circumstances, you’ll struggle to reach the top LoL ranka. The best LoL players are those who can maintain their composure no matter what happens.

In 50% of your games (or more!), you will need to make a comeback. You won’t be able to do it every time, but if you have the right attitude, you’ll succeed more often than you would otherwise.

It’s very easy to become toxic and start blaming everyone. This is a recipe for disaster. People don’t play better when they get flamed. They also don’t become more willing to cooperate with you.

The best thing to do is to lead your team in a tactful way and stay calm.

Ultimately, you will need to accept the fact that you cannot teach people how to be much better than they are in a single game. All you can do is play your own game and hope that your teammates will play theirs as well as they can.

To gain Elo and climb LoL ranks, you need to win more often than you lose and you also need to win when it matters most. The goal is to improve your win rate enough to get to play promotion matches, and, of course, avoid having to play the demotion ones! 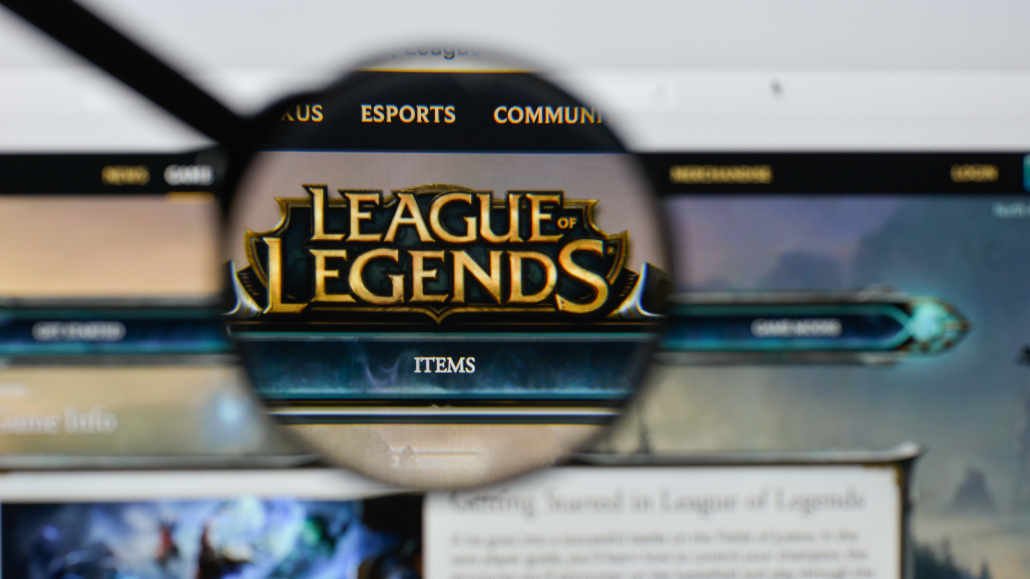 Best League Of Legends Players – Who Are The Top LoL Players Ever?