Overwatch is a well-liked FPS (first-person shooter) game with fans worldwide. Since its inception in 2016, Overwatch has made quite some name for itself.

Many famous esports tournaments were also launched dedicated to this game, like “The Overwatch League (OWL)(EI)”.

These competitions attract teams and the best overwatch players from all over the world. It is no surprise that these grand tournaments attract millions of viewers every year.

Thus, the competition involves a lot of money. Every year, there is a new champion, and fans want to know who is the best among the Overwatch players..

Therefore, in today’s article, we will rank the best Overwatch players in the world. So tag along with us while we uncover the list of top Overwatch players according to their gameplay, popularity, and achievements.

Who Are the Best Overwatch Players of All Time: Top 10 List 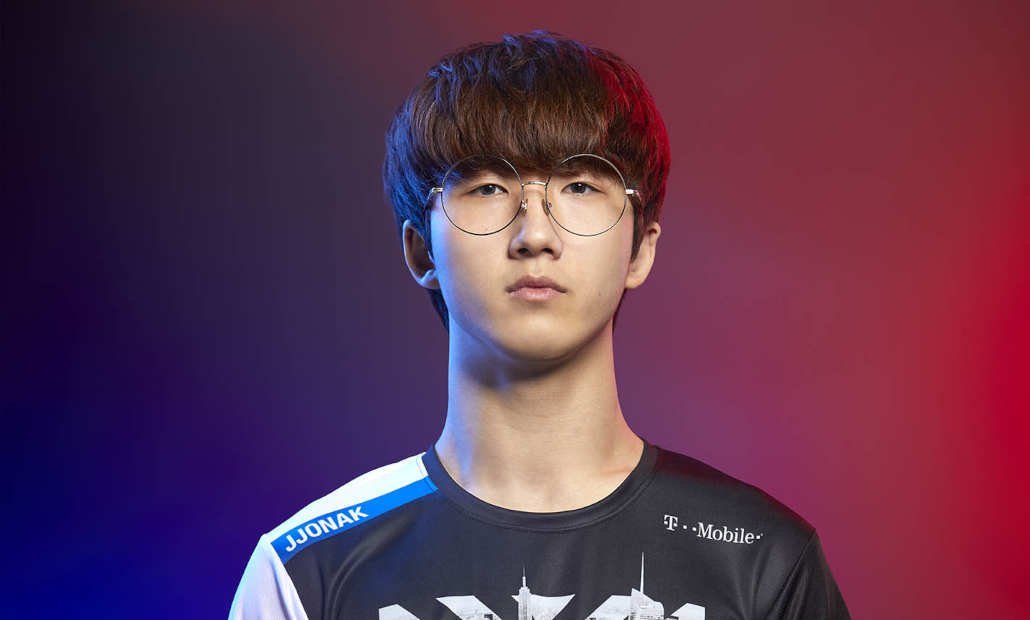 Sung-Hyeon’s player name is JJoNak, which is taken from a famous phrase, “Jjomullak Nakji,” which means “fumbling octopus.“

However, don’t be confused by his name. He has never fumbled in his entire Overwatch gaming career. He is the best player in Overwatch. Throughout his career, Sung-Hyeon has won five tournaments.

He was also the runner-up in OWL – Inaugural Season Stage 1 Title Matches 2018. Since 2017, JJoNak has played for four famous teams, and these are:

Sung-Hyeon mostly plays as a support player, and his most used heroes in Overwatch are Zenyatta, Ana, and Moira.

However, despite being a support player, his play style is explosive, and he assists his team members in countering the enemy in most unique ways.

His playstyle made him a rockstar among Overwatch fans. Currently, he is taking a break from professional championships, citing personal issues.

He played his most recent match in the team Seoul Dynasty. In his career, he has never been subbed out for any reason. So if someone asks who’s the best Overwatch player, you know who to name! 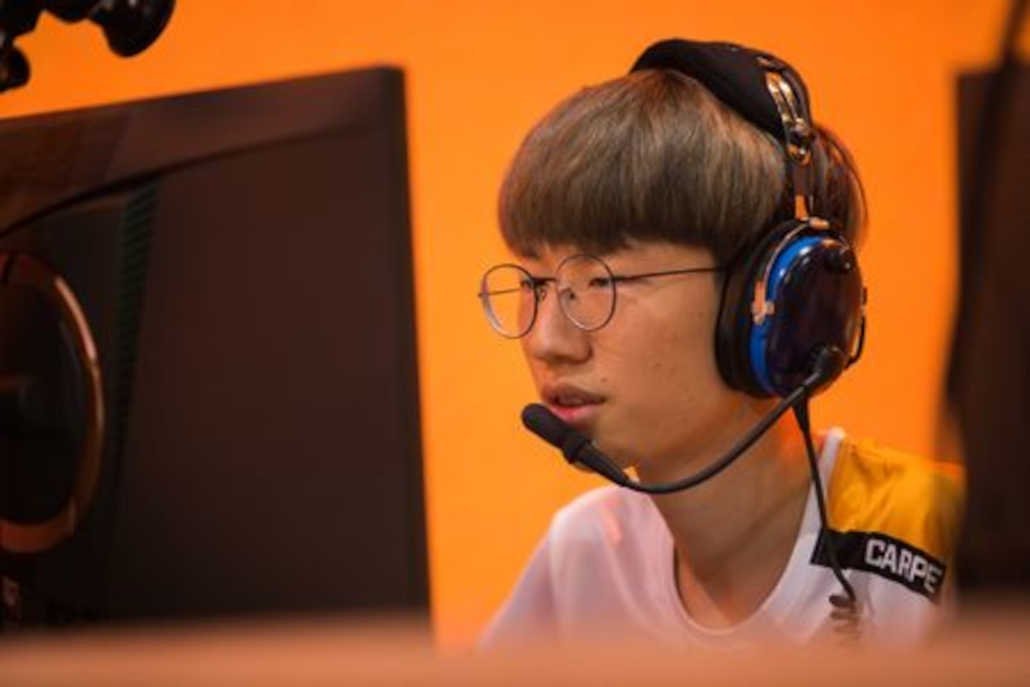 Born on October 14, 1998, Carpe (Jae-hyeok) plays for the Philadelphia Fusion as a DSP. He gained fame after becoming the first Overwatch League player to reach 4000 total final blows.

His most trusted heroes in Overwatch are Cassidy, Widowmaker, and Tracer.

Unlike other players who like to go to the frontline and annihilate enemies, Jae-hyeok prefers the midline, where he can better use his skills as a DSP player and weaken his enemies. His playstyle perfectly fits any team he joins.

Thus, he is loved by his teammates and fans. Carpe started as a professional Overwatch player in 2016, and BK Stars was his first team.

There, he played for a year, and in 2017 he was scored by Selfless Gaming. However, his time there was not long.

The year 2017 was rough for him as he changed teams twice, but finally, he found the perfect team and teammates where he could shine like a diamond, and that was the Philadelphia Fusion.

From 2017 to the present, he has been playing as a fellow member of the Philadelphia Fusion. 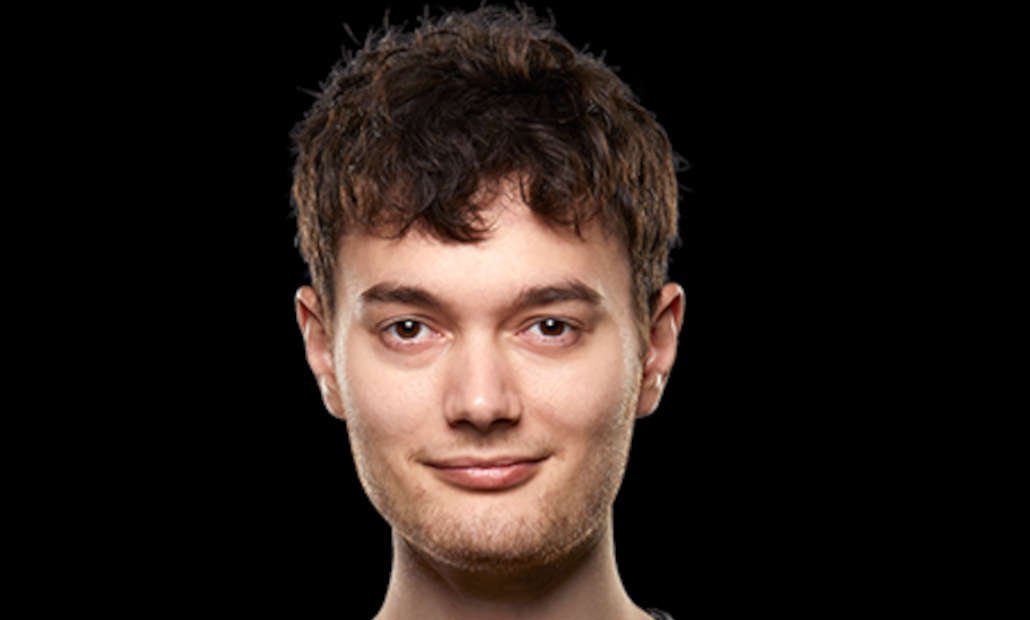 Born on December 27, 1993, dafran is a retired DSP player. Daniel “dafran” Francesca last played for Atlanta Reign and ended his career as a professional Overwatch player.

Now he only streams his matches. His top three signature heroes are Soldier: 76, Tracer, and Torbjörn.

Dafran is among the first generation of professional Overwatch players who started his career in 2017. He is a Danish player who is known for his entertaining play style.

Having started earlier, he had time to play for many popular Overwatch teams. His first professional team was Selfless Gaming, where he played from 2017 to 2018. Then he joined NRG Esports as their streamer and earned quite a lot of fame and fans.

The same year, he was accepted in the Atlanta Reign, where he again took to the international battlefield and participated in tournaments. Finally, in 2019, he decided it was time to rest and resumed streaming for Atlanta Reign.

During his glorious career, he won Overwatch Rumble – in May 2017 and Enter The Arena: Overwatch 2017. Some of his other achievements are as follows: 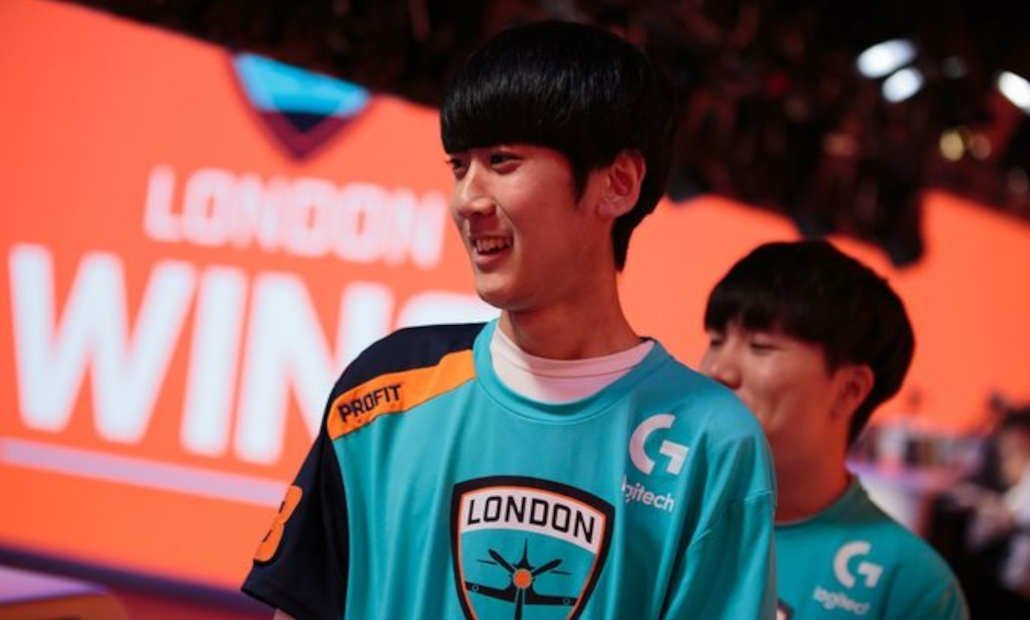 However, his time for the limelight came on September 12, 2020. In 2020, Joon-Yeong became the very first player in the history of Overwatch to reach 10,000 total eliminations in the Overwatch League.

In 2018, he won the T-Mobile Playoffs MVP in the Overwatch League – Inaugural Season. Moreover, he also won the MVP Finals in Overwatch APEX Season 4 2017. His other notable achievements are as follows: 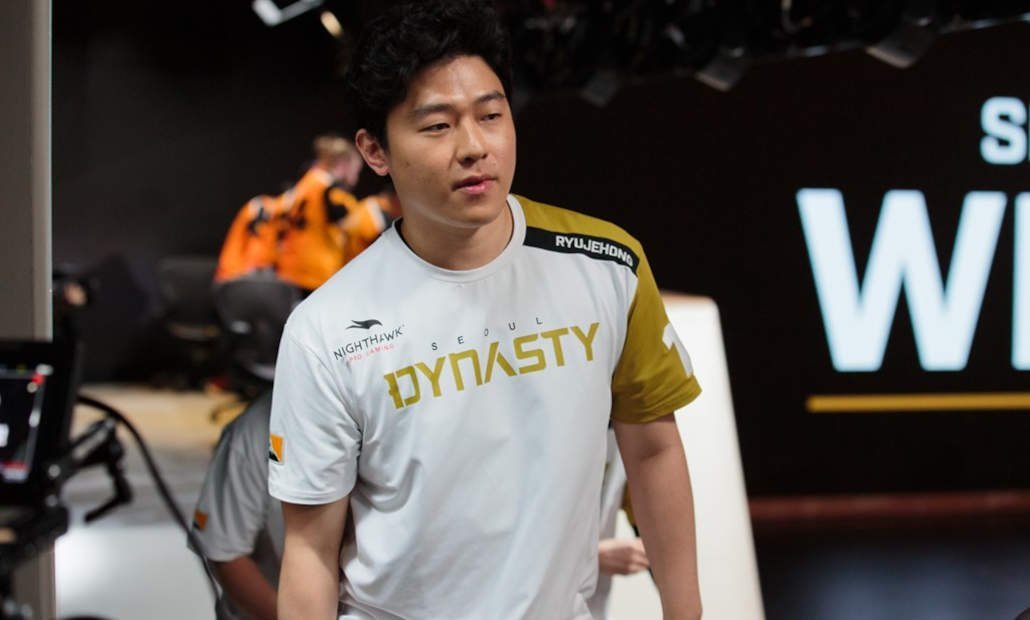 Jehong “ryujehong” Ryu is a South Korean professional Overwatch player who has been playing in tournaments since 2016.

His first professional team was Lunatic-Hai. Ryujehong shines the most as a support player with unparalleled accuracy and playmaking abilities.

Currently, he is not playing in any tournaments and has taken up the role of content creator for the team Gen.G esports.

He now streams for the team, earning them a fortune. He has been selected and scouted by many popular teams during his career. He left Lunatic-Hai in 2017 and joined the Seoul Dynasty, a name every Overwatch fan is familiar with.

He played as a support player for the Seoul Dynasty for two straight years, and in 2019 he was able to join Vancouver Titans.

Finally, in 2021 he left the front lines of international tournaments and started streaming for Gen.G esports.

He won most of his fame and tournaments while playing for Lunatic-Hai and Seoul Dynasty.

He was also runner-up in the Intel Extreme Masters Season XI Gyeonggi and APAC Premier 2016. 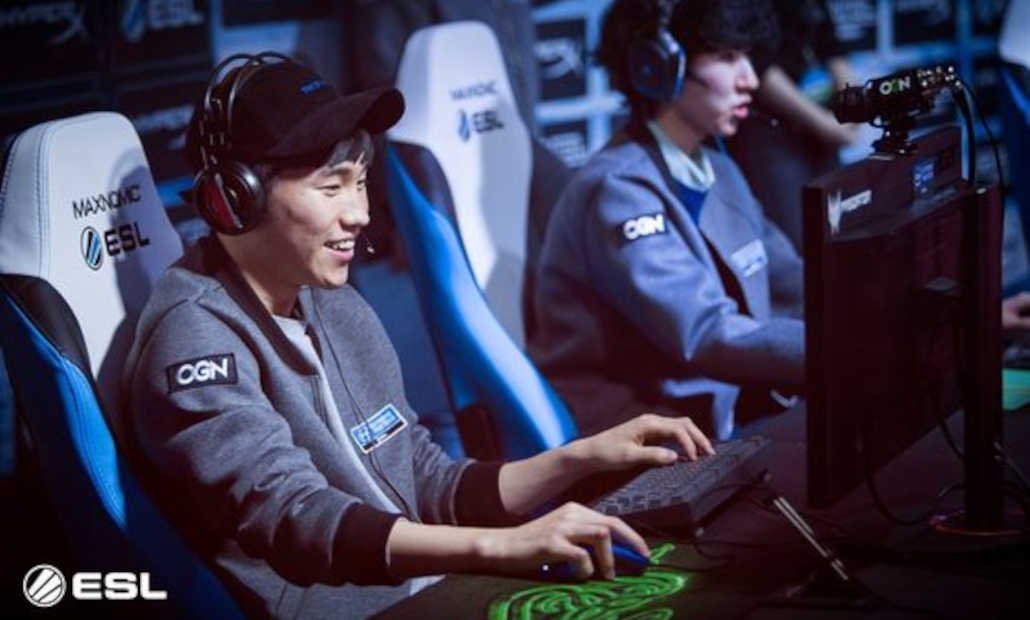 Jong-Ryeol “Saebyeolbe” Park was born on December 23, 1995, and is a popular DSP in Overwatch.

Some even go as far as to call Saebyeolbe the top Overwatch player for his DSP abilities. Now retired, Jong-Ryeol “Saebyeolbe” Park last played for the Seoul Dynasty as a DSP player.

His aggressive playstyle helped him win a lot of matches for his team. During his prime, he could deal damage to multiple players using the unique abilities of his heroes much more efficiently than any other player.

His favorite heroes were Tracer, Cassidy, and Reaper. As a former CS: GO player, Saebyeolbe is well versed in aggressive gameplay in multiplayer games. 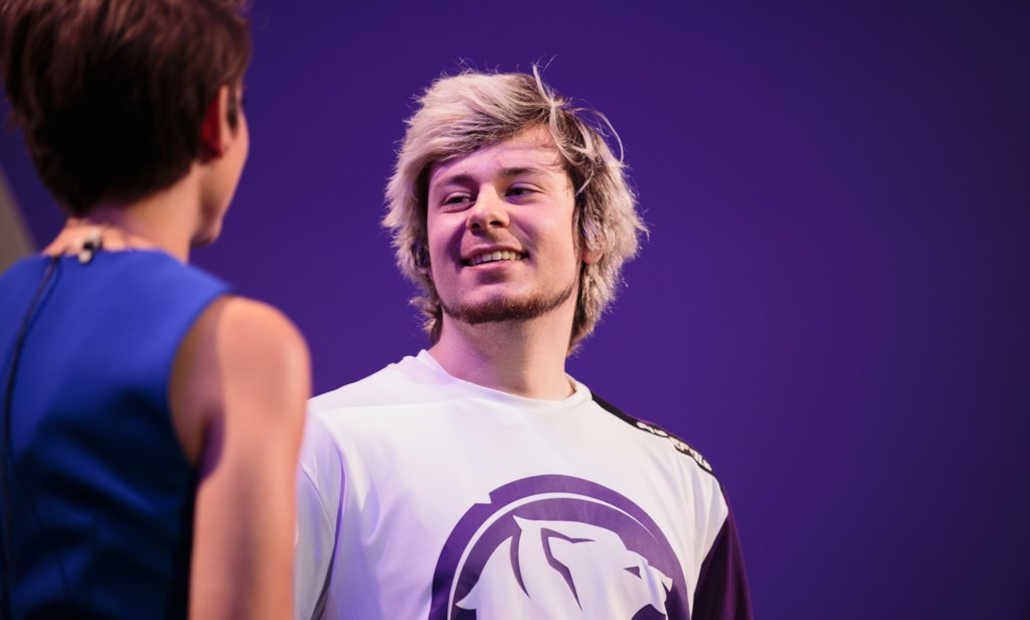 Lane “Surefour” Robert is a Canadian professional Overwatch player with a glorious career as a DSP player.

Although Surefour has now retired from playing Overwatch, his fans did not forget the fantastic performance he showed them with his gameplay.

Lane “Surefour” Robert was the first player in Overwatch to reach 80 skill ratings on Competitive Play. He won the Overwatch World Cup 2017 – Katowice Qualifier and a $9K cash prize for it.

There he played for a year, switched to team Cloud9, continued playing until 2021 and switched many teams. Here is a list of teams Surefour played for in his long career:

After retiring from the professional Overwatch tournaments, he decided to be a streamer for the Sentinels. His other notable achievements are as follows: 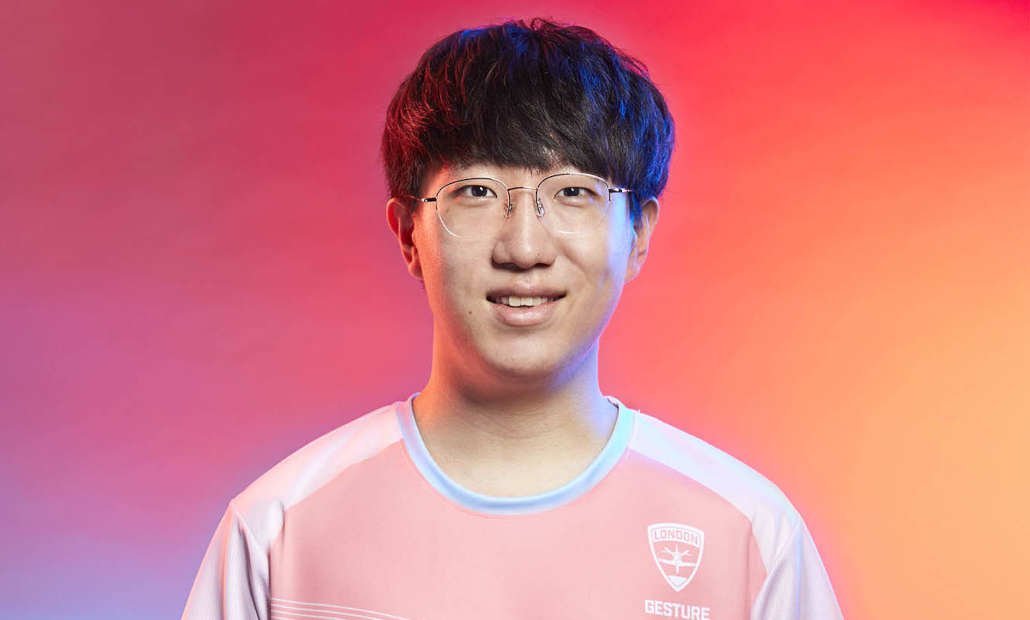 Hong “Gesture” Jae-hee is another famous Korean Overwatch player with millions of fans. Born on January 12, 1998, Jae-hee started playing Overwatch professionally in 2017 for GC Busan as a Tank.

“Gesture” might be a soft name, but he isn’t! His class as a Tank in his team makes him the sturdiest player in a match.

He can manipulate the skills of his favourite heroes to defend his teammates from ultimate attacks. His signature heroes in Overwatch are Winston, Orisa, and Reinhardt.

During his long career, he tried out for many teams before settling for his current team New York Excelsior as a Coach. In the past, Hong “Gesture” Jae-hee played for:

His other notable achievements are as follows: 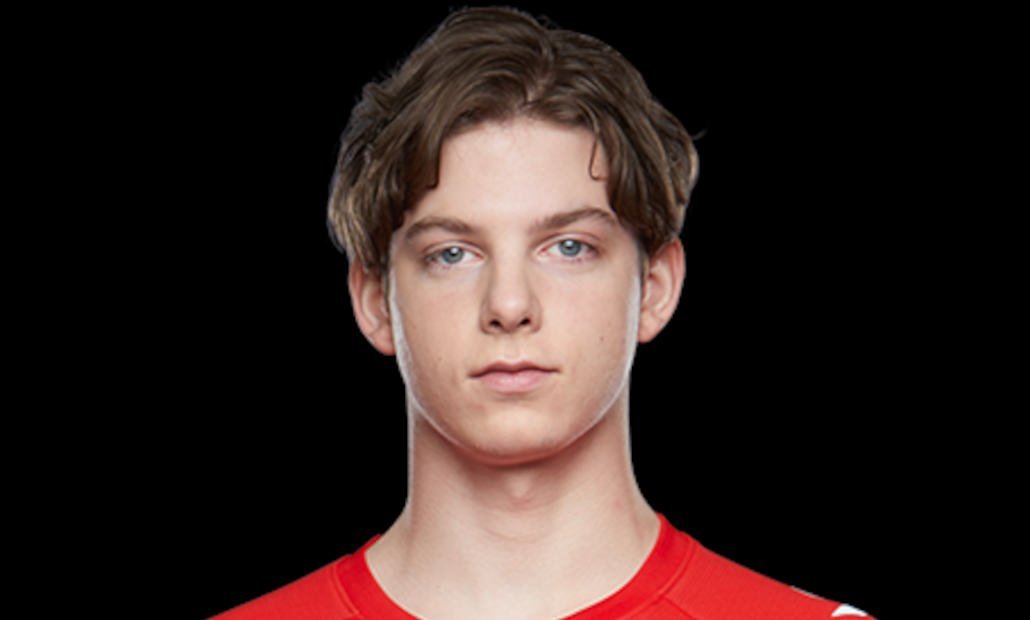 Brady “Agilities” Girardi is one of the first-generation professional players of Overwatch. Having started as a professional gamer in 2016, he was first scouted by Sodipop.

Brady “Agilities” Girardi retired from the international matches in 2021 and now streams for the team Toronto Defiant. 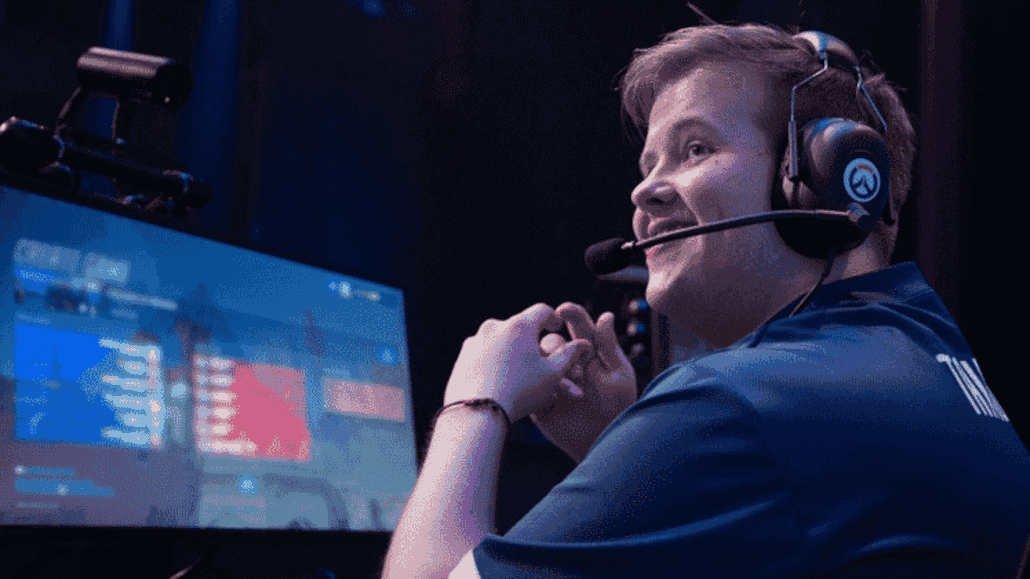 Taimou retired in 2022, but his gameplay left a mark in the hearts of his fans. Taimou started as a professional esports player in 2016, and his first team was k1ck eSports Club.

With the release of Overwatch, he jumped right into playing, and since then, he has gained a lot of fans by winning matches with his unique playstyle.

He likes to keep pushing with his team rather than defending. His signature heroes in Overwatch are Widowmaker, Roadhog, and Cassidy.

Some other achievements under his belt are as follows:

To conclude our list of top ten overwatch players, we can confidently say that Sung-Hyeon “JJoNak” Bang is the best player in Overwatch. The runner-up is Lee “Carpe” Jae-hyeok. 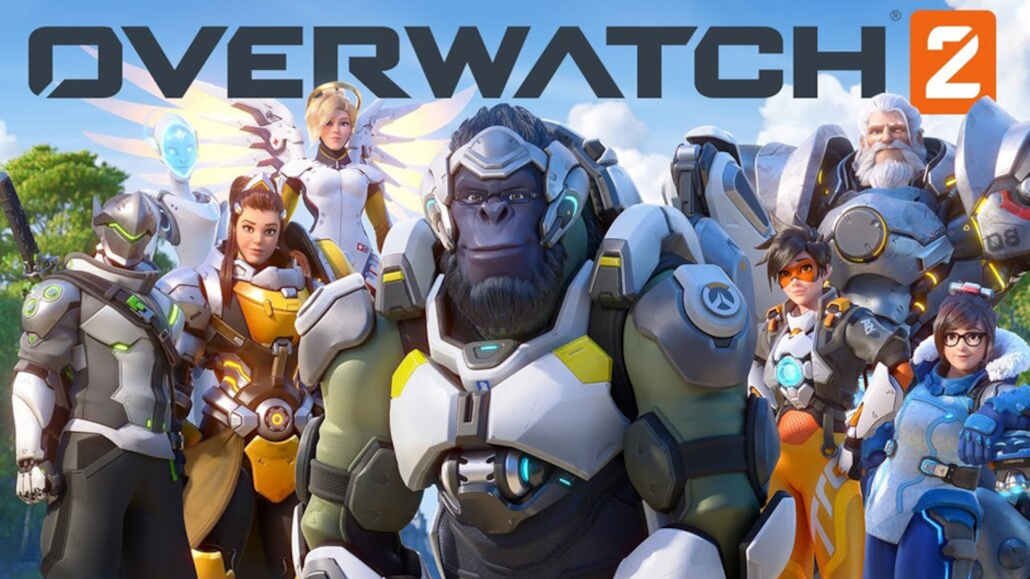