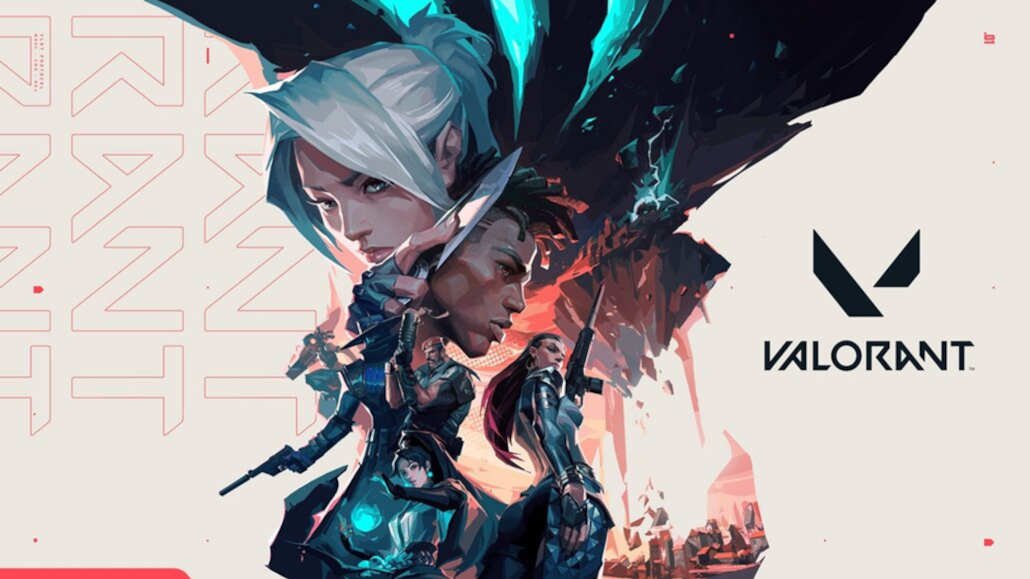 Valorant is one of the new-school first-person shooters that have morphed into esports. It is a truly brilliant game built on the foundations of Counter-Strike: Global Offensive and Overwatch.

Any player who’s new to Valorant wants to learn about Valorant ranks and then climb the ladder as fast as possible.

The process takes years, but you might be able to do it faster if you’re already experienced in FPS games. Valorant is not a pure FPS, but it still contains a lot of FPS elements that are common to all games in this genre.

Valorant was developed by Riot Games, the same company that owns League of Legends.

At first glance, you might wonder how company that specializes in the MOBA genre could produce a high-quality FPS game. The answer is simple: they hired some of the best people in the industry to do it.

The Valorant development team had the opportunity to learn from other great titles, such as CS:GO, Overwatch, Rainbow Six Siege, Call of Duty, and Team Fortress 2.

It’s been said that if CS:GO and Overwatch had a child, it would look like Valorant. And although that’s true to some degree,

Valorant has its own traits that clearly distinguish it from every other FPS on the market.

Valorant was released in June 2020 and immediately received a lot of attention. People knew how good Riot Games was at turning a game into a successful esport that’s accepted all over the world, so they jumped at the opportunity to try their new title.

In less than one year after its release, Valorant had attracted talented players, commentators, and content creators from all of the established FPS games it was competing with.

In some cases, such as the one of Jay “sinatraa” Won, the best player from an esport (in this case Overwatch) announced his retirement to start playing Valorant.

Needless to say, the move made big waves and signaled to other FPS players that maybe they should make a career change as well. And they certainly did.

Valorant’s player base has surpassed 20 million. The game is now bigger than CS:GO, even though it’s only been around for a fraction of CS:GO’s age of 10+ years. 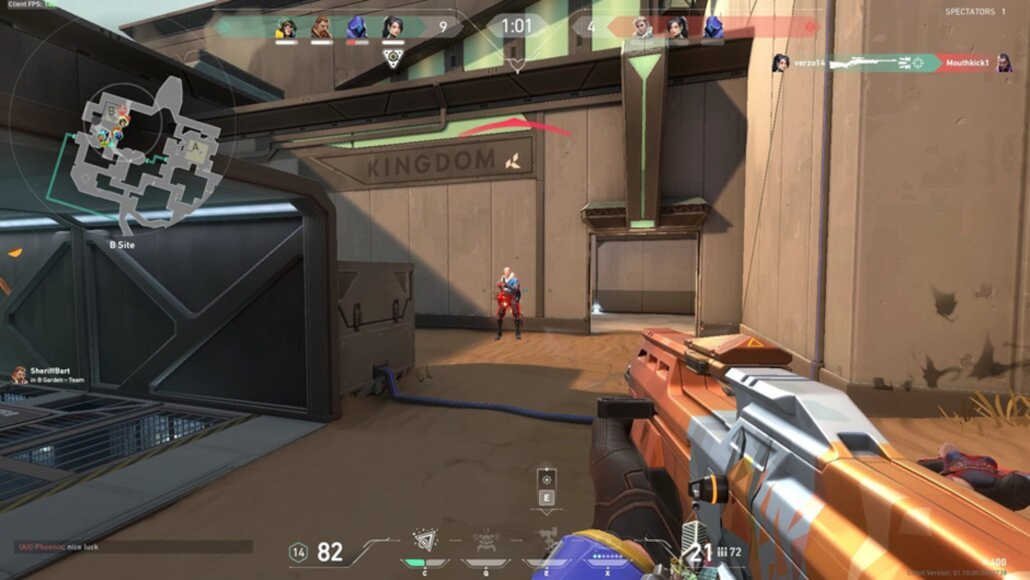 Valorant works in a way that’s very similar to CS:GO, except the agents are unique characters enhanced with personal abilities. In Counter-Strike, every agent is the same and its attributes are very basic.

But in Valorant, when you pick a character, you need to take many things into consideration.

The process of drafting feels like the one used in League of Legends and Dota 2. Different characters combine their unique abilities to generate an enormous amount of strategic and tactical depth.

This gives Valorant an added layer of complexity that distinguishes it from CS:GO. But apart from that, you feel like you’re playing Counter-Strike.

You still need to plant the bomb (called Spike in this case) at one of the available locations (you have three of them instead of two), and you need to learn how to play each map to perfection.

Some FPS games, such as Call of Duty, like to offer players a variety of game modes and then build each map for a specific mode. Valorant takes the CS:GO approach and offers just one competitive game mode.

However, it does give teams the peculiar option to pick an agent even if it’s already been picked by the other team.

Prerequisites for Getting Your Valorant Rank

When you first start playing Valorant, you will not be able to play the Competitive Mode (i.e. Ranked) until you’ve reached level 20.

To level up your account, you will need to play a lot of casual games. This guarantees that you’ll have ample time to study the agents, the maps, and the weapons.

If Riot Games would allow new players to start playing ranked right away, a lot of other players from the lower ranks would suffer because it takes at least a dozen hours to reach basic competency in this game.

There are lots of elements that you need to learn, and without a proper understanding of them, you’ll just get killed over and over.

After you’ve leveled up your account, you will need to play five placement matches. Based on your performance, you will get your first Valorant rank.

Don’t expect to rank too high at first, because the game will not allow you to reach the top ranks without proving your skills by going through most of the ranks and earning your promotions. 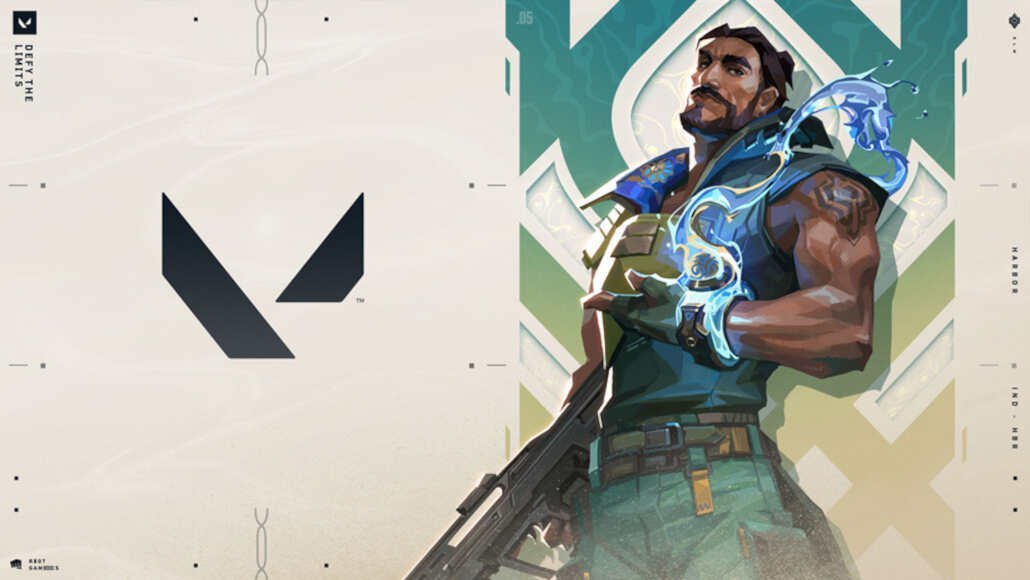 The Valorant ranking system consists of nine different ranks. The first eight of these ranks also have three subranks, numbered 1, 2, and 3. The highest one is 3.

So you always start from level 1 of a given rank and work your way up to level 3. Then you get promoted to your next rank, if you win enough matches.

These are the Valorant ranks in order, from lowest to highest:

The 9th rank, Radiant, has no subranks. Only the world’s best players reach this level and it’s a very exclusive club.

The Valorant rank distribution allows you to become a Radiant player if your skill level puts you in the best 0.03% of Valorant players. This means that around 1 in 3,333 players have this rank.

If you can’t climb that high, you don’t need to worry about it. You can still play with some of the world’s best Valorant players by being in the top 1%.

If you can reach the Immortal 1, 2, or 3 ranks, you’ll find plenty of great competitors to fight against. 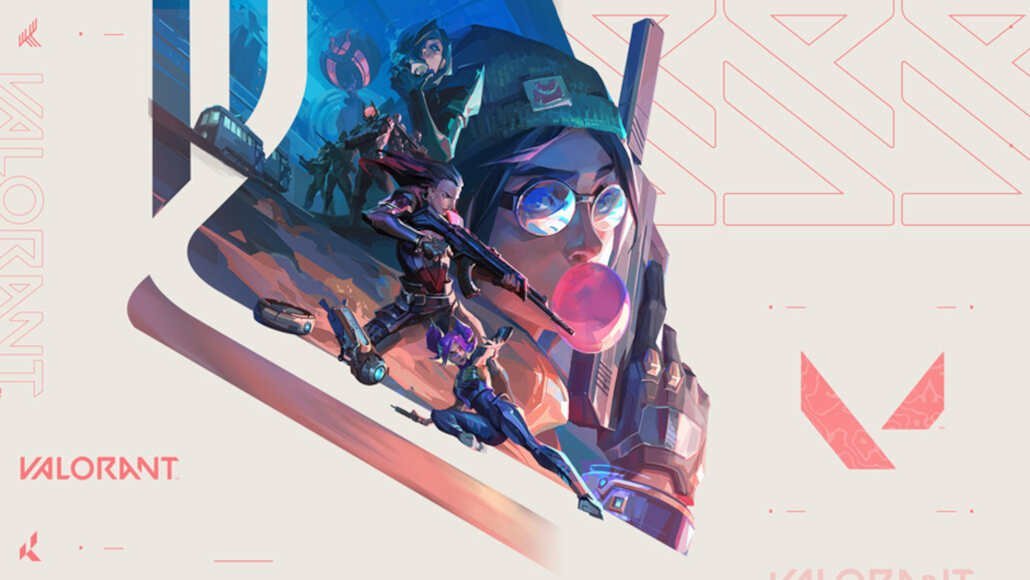 What Ranks Can Play Together Valorant

When you play Valorant with friends, it’s ideal to have a full stack. Because if you do, it won’t matter what ranks you have.

Full teams benefit from the rule that says that you can have any ranks on your team as long as it’s a 5-man stack.

If you play with only two or three of your friends, then you’ll need to team up with people whose rank is similar to yours. Here are the restrictions:

In 5-man stacks, the higher ranked players will receive penalties, in the sense that they’ll get fewer points for a victory.

Keep in mind that 4-man parties are not allowed. This rule was designed to eliminate situations in which 4 people decide to play together and bully the stranger who happens to be on their team. 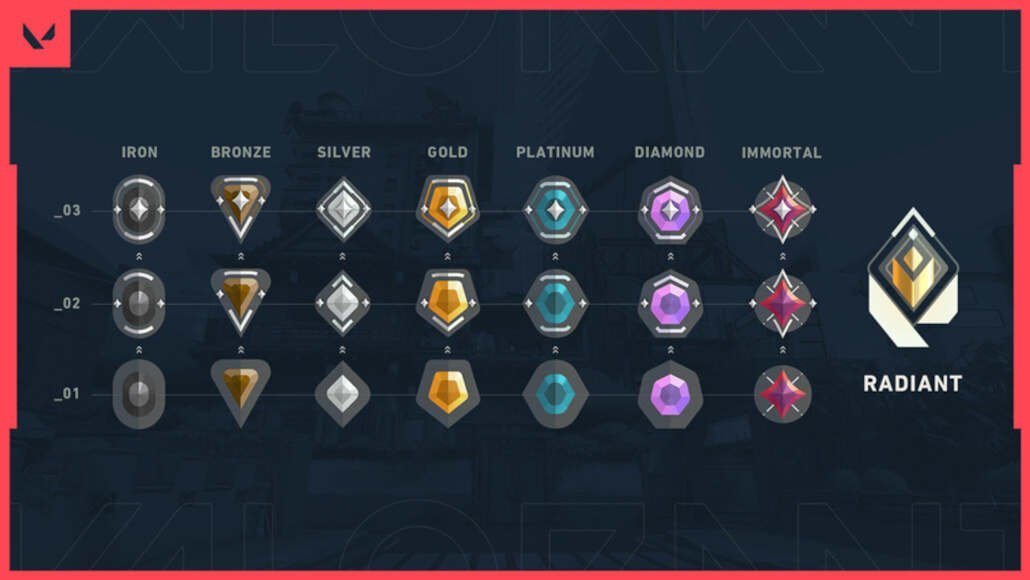 No Rank Decay in Valorant

In some esports, if you don’t play for more than a few weeks, your rank starts to decay. But in Valorant, that doesn’t happen.

This means that you can take a break whenever you want and it won’t affect your rank rating.

A Valorant Episode lasts for around six months and it contains three Acts. At the start of a new Episode, all Iron – Ascendant players need to play five matches to get their rank. For Act 2 and Act 3, only one match will be required.

After you get your initial rank, you start with 50 Rank Rating (RR). You need 100 RR to promote to the next rank. Once you’ve reached the new rank in Valorant, you start with at least 10 RR (that’s your buffer).

When you reach 0 RR in your current rank, if you lose one more match you get demoted and start with 70 RR in the new division.

Earning and losing RR are directly related to winning and losing games. If you win a game, you receive RR. If you lose it, you lose RR. However, the exact amount of RR won or lost depends on multiple factors.

If you’re regarded by the matchmaking system as the underdog and you win the game, you’ll get more RR. If the margin by which you won is large, you’ll get even more RR.

In Valorant, individual performance matters. If you perform well, that will be taken into account by the system, in the sense that you’ll receive or lose more RR based on your personal contribution to the victory or defeat of your team.

Every Valorant player also has a hidden MMR or matchmaking rating. If your MMR is higher than your current rank, the system will seek to raise your rank by giving you extra points for winning. It will also subtract fewer points for losing.

But if your MMR is lower than your rank, you’ll receive less and get penalized more. 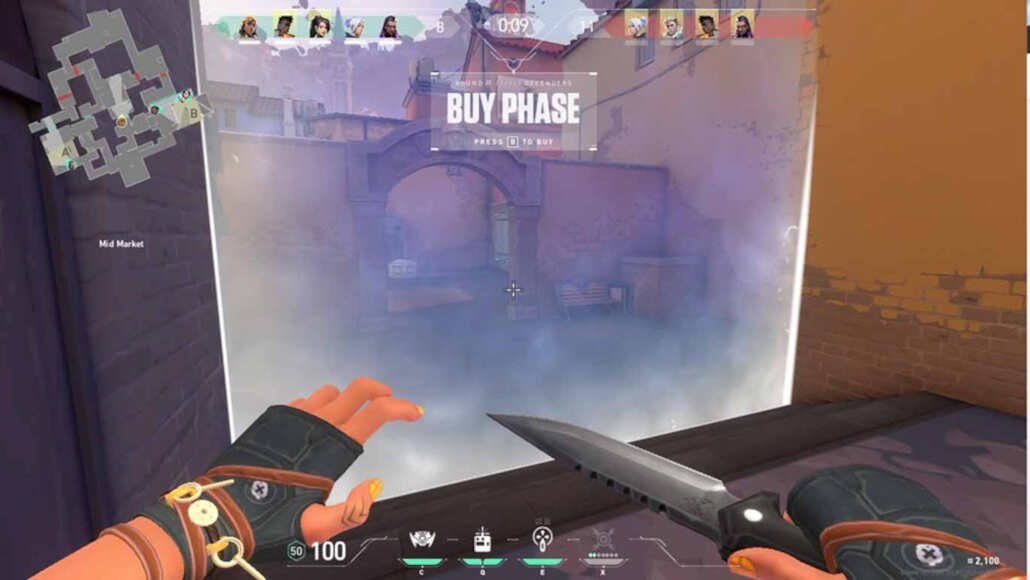 Players who reach the top 2 ranks in Valorant are treated differently. At this level, you just keep earning RR and the system no longer uses the 0 – 100 RR system to promote and demote you.

However, at the start of each new Episode, 90% of your RR will be erased.

This means they need to prove themselves around two times per year. To reach the Radiant rank, a player must be one of the top 500 in his region.

How to Reach the Top Valorant Ranks

Ranks in Valorant are determined by how successful and how skilled you are in games. If you win more than you lose and perform well, you will inevitably reach the top ranks relatively quickly.

But don’t expect the process to be perfectly smooth, even if you’re a veteran FPS player.

Of course, if you’re a Global Elite in CS:GO, Valorant will feel a lot more intuitive than if you’re a completely new player who doesn’t know the first thing about aiming, positioning, and teamwork. But it will still take months or possibly a few years to reach the highest rank.

In esports, you rank up when your understanding of the game is significantly better than that of your peers.

If you’re a Silver player who knows a bit too much for this division, you will be able to make use of that knowledge and win more matches than you would otherwise. 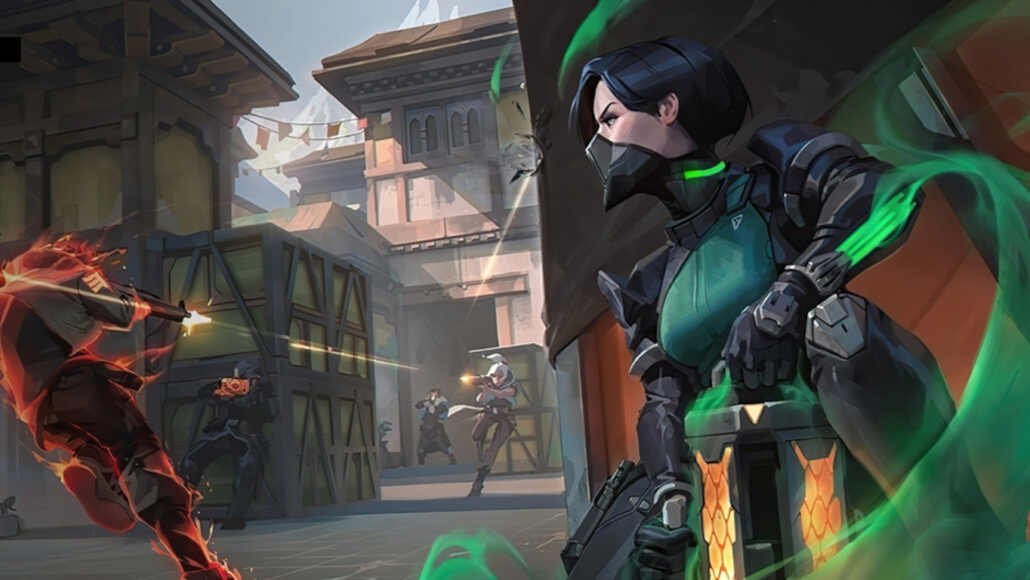 Here’s some basic advice that you can follow when trying to master Valorant.

Work on Your Skills

In Valorant, just like in CS:GO, you can train on specific maps that were created to improve your aim, reaction time, and ability to control the recoil of every weapon. Do not hesitate to use them.

Every pro player does and that should constitute a significant part of your warm up.

If you want to specialize in using a particular gun, you should utilize that gun over and over until you’ve mastered it.

But keep in mind that to become good at Valorant, you need to learn more than a few weapons.

Valorant features around 20 different agents and every one of them requires a different play style. Learning what each agent does is an essential part of mastering the game.

You don’t need to be an expert at utilizing every agent, but you do need to understand what possibilities are enabled by each of them.

When you want to become an expert, having your own set of agents that you know how to utilize to get an edge or to create an edge for your team is crucial. Start with three agents and expand your agent pool over time. 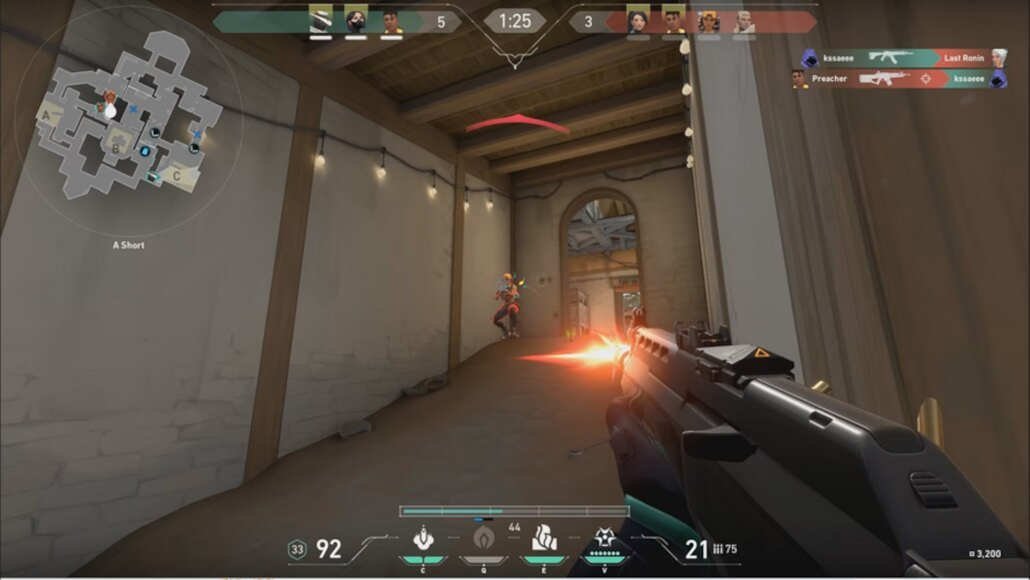 Narrow Your Focus and Stay on a Small Number of Maps

Each map brings its own challenges. You will need to learn angles, timings, the geometry of the place, callouts, and so on.

This takes a lot of time and you won’t be able to learn every map if you’re a novice at everything else.

If you want to reach the top ranks faster, limit yourself to a small number of maps and become highly competent on those. Use the rest of your mental and time resources to master the other aspects of the game. 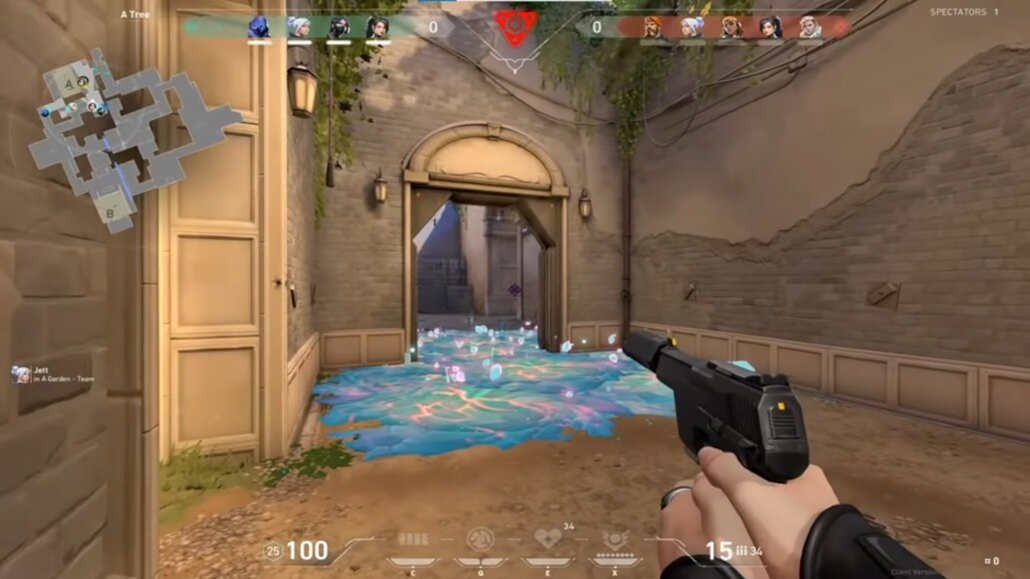 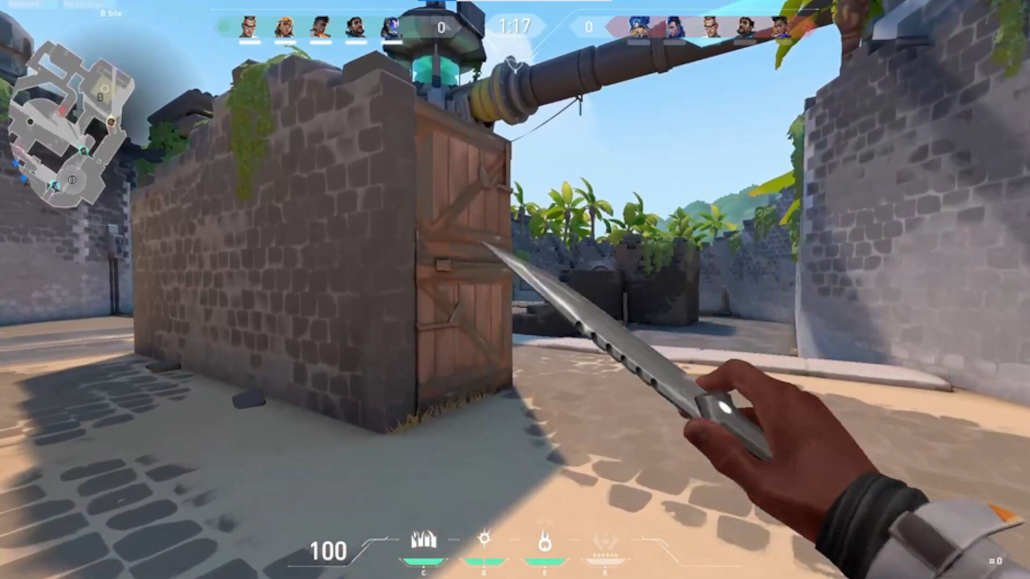 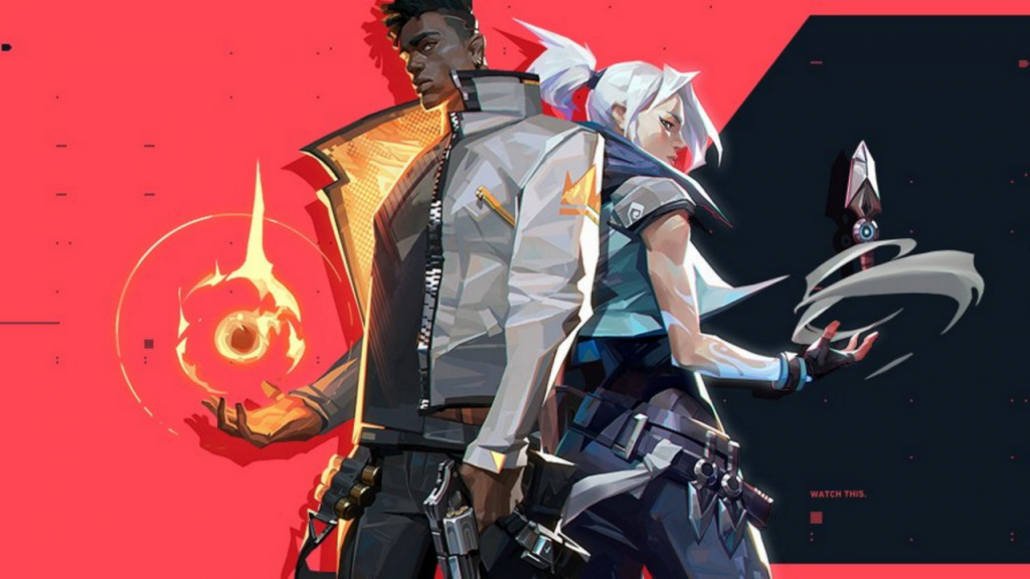 Best Valorant Players in The World – Who Is At The Top?